Black Mold: A Definitive Guide to its Origins, Symptoms, and Removal

Home / Black Mold: A Definitive Guide to its Origins, Symptoms, and Removal

Black Mold: A Definitive Guide to its Origins, Symptoms, and Removal

Black Mold, scientifically known as Stachybotrys, was first seen in 1837 Prague when a Czech mycologist found it growing inside the walls of a home. However, the term “black mold” wasn’t coined until the 1990s when the nightly news used it to bring light to the fact many homes across the U.S. had black mold.

While most people view black mold as something dangerous for one’s health, little is still really known about it.

It was 1993 when black mold became a household name. It began when there were 10 cases of infants with bleeding lung syndrome in Cleveland. The CDC later tied those cases to toxic black mold in homes that had standing floodwaters in their home. However, the agency would later release another update that said it could not prove its findings and additional study would need to be done.

Nothing has really substantial has been done to identify if black mold is as dangerous as health officials claim. Still, it’s not stopped homeowners from worrying about their property subjected to water damage.

Black Mold: What Is It Really?

Black mold is often described all kinds of mold species such as Stachybotrys chartarum and Aspergillus niger. You may be surprised to learn that over 60 species of black mold can have negative effects on the health. The name black mold comes from melanin, which gives mold its color. A bit of interesting tidbit is that the melanin protects the mold colony from their environment’s oxidizing effects.   Stachybotrys isn’t as common as other molds, and when it does appear, it needs addressing immediately and properly. This type of mold needs a humidity level of 90 percent to thrive only other types, which need between 35 and 70 percent humidity to grow and proliferate.

What does this mean? It means the Stachybotrys mold will only thrive in high humidity parts of a home whereas other molds will grow in other places.

Where Can You Find This Mold Typically?

According to research, Stachybotrys is found in areas where humidity is extremely high – usually inside walls. Black mold can be seen in places such as under sink cabinets, sweating pipes, standing water, damp cars, windows with condensation, front-loading washing machines and roof leads. Simply put, the bathroom, kitchen and laundry room is where you can find signs of mold growth.

Bear in mind that humidity isn’t the only cause for mold growth, and it also needs nutrients such as cellulose and other organic matter. For mold to continue its growth, it must be in an environment that has little to no airflow and won’t be disrupted. For instance, mold can be found on drywall, furniture, overstuffed closets, overly-packed bookshelves and wallpaper.

Black mold exposure occurs when you breathe in the microscopic mold particles either by air or food consumption.  What makes Stachybotrys so different is that when the mold colony dries, its spores stick to surfaces easily. Until the spores are disturbed, they are not flying in the air. While the spores are not already airborne, the black mold can generate other dangerous containments that are in the air.

When a black mold colony is disrupted – be a window being opened, door being slammed, etc. – the spores become airborne.

Mycotoxins: A Better Understanding Of These Tiny Mold Toxins

It’s not the Stachybotrys spores to be concerned with but the other airborne contaminants floating around – mycotoxins. Anybody exposed to these mycotoxins can become seriously ill. How is that? Mycotoxins defend mold from being destroyed. They stick to particles floating through the air.

According to various studies, Stachybotrys mycotoxins float went they’ve been disrupted – even 1.0 microns of these mycotoxins are dangerous to your health if breathed in. They can cause allergic reactions and irritations, eventually getting into the bloodstream. In a 2005 Brasel study, trichothecenes are measurable in people who’ve been exposed to Stachybotrys. These trichothecenes are dangerous to anything it comes into contact with and was once considered for biological warfare.

No matter what mold species you’ve been exposed to, the symptoms of it are similar. If you notice allergy-related symptoms after you’ve been exposed to either black or green-colored mold, keep in mind that it could and could possibly not be Stachybotrys. And, one person’s reaction to mold may not be the same as another person’s.  One person could have dry eyes while another person has asthma-like symptoms.

What are some of the common symptoms of a person with a mold sensitivity?

In a severe case of mold allergy, a person may experience the following:

Who Are More Susceptible To Mold Allergies?

According to the CDC, some people are more susceptible to mold allergies than others including the following:

There are other reasons you could be susceptible to mold allergies including but not limited to:

Exposure to black mold is similar to the symptoms listed above. And, even if you experience symptoms of a mold allergy, it does not necessarily mean it is black mold. Various research shows people who were exposed to different mold types, mycotoxins and spores suffer from behavioral and neurological symptoms. What are some of the mold’s non-allergic symptoms?

What Can You Do To Get Rid Of Black Mold?

For the DIYer’s we Recommend this At Home Black Mold Testing Kit on Amazon it is inexpensive and includes the lab testing, not to mention that they offer support on doing the samples if you have questions .

Since Stachybotrys can look either green or black, you can’t tell for sure if you have black mold in your home. If you believe you have mold allergy but cannot see anything visibility, you may want to hire a reliable IEP professional to conduct an investigation. A reputable IEP will bring them with various equipment such as thermal imaging camera, hygrometer and particle counter. They should be able to determine the high humidity areas of the home as well as thermal variations. A visual inspection will not do since water damage and mold hold in walls and other obscure areas.

A key way to stop the growth of the Stachybotrys mold is to control the humidity. You want it to be less than 50 percent in the summer and 40 percent in the winter. You also need to take into consideration different climates and time of the year. If you’re unsure what the right humidity level for your home is, be sure to reach out to a local HVAC professional or Indoor Environmental Professional.

A dehumidifier can work to maintain the right level of humidity in the home. Use an Energy-star dehumidifier, as these appliances can cause electric bills to rise. An Energy-star model will help to steady the bill. When using the dehumidifier, you want it to set at a 35 percent humidity level and change it regularly.  Check out this Single Room Dehumidifier made by Home. It is about $35 with Free 2 Day Shipping.

While it’s not possible to reverse the structural damage mold has done to your home, you can use an air purifier to decrease the mold exposure. Remember, mold fragments are tiny and airborne, which can lead to allergies due to harmful mycotoxins.

Use a HEPA filter to purify the air and to take care of some mold spores. Keep in mind that the right conditions will allow mold to grow and proliferate on the surface of the filter. HEPA filters can allegedly remove 99.97 percent of 0.3 microns of smaller particles. We recommend this Purifier that cleans with HEPA Filters, Charcoal Filters, & UV Sanitizers.

What is the best air purifier to get a handle on mold growth? Consider any purifier that uses the Molekule technology, as they can completely eliminate the spores without releasing the mold back into the air.

Mold needs something that allows it to grow. One way to avoid mold growth is to clean your home regularly. For example, dust often to get rid of the dirt and other buildup. Use a non-toxic cleaning product on the non-porous surfaces. You want the surface to completely dry after it’s been cleaned. Use dry static clothes to capture the particle matter that remains on the surface.  Here is our Favorite, this is an Organic Non Toxic Powered by Plants All Purpose Cleaner and its less than $7 a bottle

Another way to prevent mold growth is to maintain good ventilation – or air circulation. When air circulates through the home, it decreases the humidity levels in the home. Since mold needs an undisturbed area to grow, air circulation hinders it from proliferating.

The mycologist who discovered Stachybotrys would never have realized that his discovery would be a continuous source of annoyance for homeowners who struggle to maintain the right indoor humid environment. While black mold is dangerous to your health, you do have a way to eliminate it altogether.  It starts by purging the home of visible mold and implementing the steps above. Whether you have black mold or not, getting rid of it will help you to live a much healthier life. 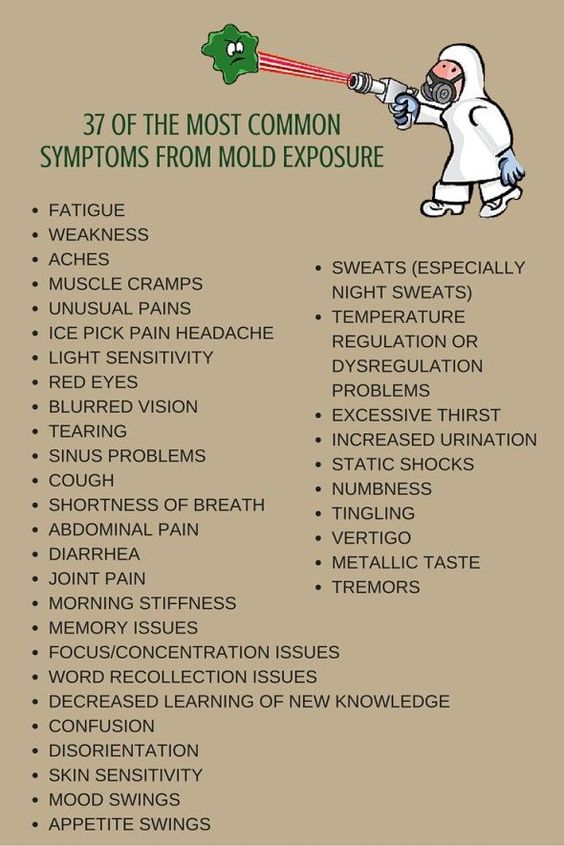 We understand your home and business are important to you. That’s why we focus on the quality of the clean, promptness of Service, and Quality of Personnel.